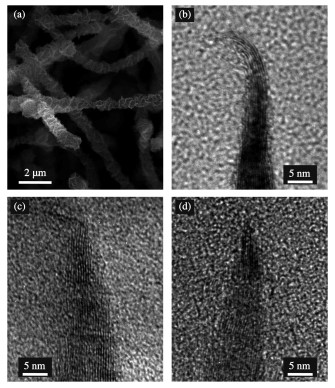 X-Ray Photoelectron Spectroscopy (XPS)
XPS provides information on the surface chemistry of the material being analyzed. By analyzing the energy of emitted electrons, XPS can detect even the slightest changes in surface species binding energy. This provides information regarding the species present at the material surface and their electronic state. Our XPS is also connected in-vacuo with our atomic layer deposition system, allowing us to precisely track the surface chemistry at different stages of deposition.

Ultraviolet Photoelectron Spectroscopy (UPS)
UPS is a photoelectron spectroscopy technique similar to XPS, but uses much lower energy electrons for analysis. This technique is extremely surface sensitive, and provides information on the density of states within the valence and conduction bands, as well as the work function. Our UPS system is also connected in-vacuo with our atomic layer deposition system, as well as our annealing chamber and XPS source. This setup gives us the ability to observe changes in the valence band at different points during atomic layer deposition.

In addition to the capabilities provided by our in-vacuo system, the Nanomaterials and Thin Films lab is also focused on material characterization through techniques such as atomic force microscopy, electron impedance spectroscopy, raman spectroscopy, and transmission electron spectroscopy.

One of the key materials being studied in our lab is carbon nanomaterials. In a recent study, several morphologies of carbon structures were analyzed as grown in our plasma enhanced chemical vapor deposition (PECVD). These include carbon nanotubes, graphenated carbon nanotubes (g-CNTs), and carbon nanosheets (CNS). The image to the left shows several TEM images of graphene foliates observed on gCNTs, and provides information about structure and growth mechanisms of the foliates

Through this study, we were able to determine the PECVD growth conditions that produced each carbon morphology, and then characterize them by their material properties. The image below shows the effect of temperature on morphology. 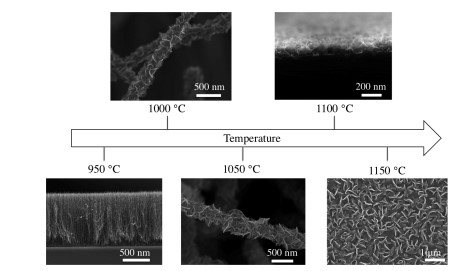